What if I told you there are certain English phrases to sound like a native English speaker?

You might be thinking: Yo! you’re not a native speaker. What’s up, dude? What’s with all these tips on sounding like a native English speaker?

In my defense, here’s what I’d say:

It’s true that I’m not a native English speaker, but it doesn’t stop me from learning how to speak or write like a native speaker.

So, can you see where I’m going with this?

When you have gotten this kind of exposure, you’ll be pretty dumb if you can’t move the needle a little. Plus, I like this language. After all, it’s the second official language of Pakistan alongside the Urdu language.

Ryan Biddulph also shared a handful of writing tips for non-native English speakers on his blog, which you should check out.

He is a good friend and one of the best bloggers out there.

I have been continuously trying to improve my writing through practice.

So, folks, the phrases I’m sharing with you are a combination of metaphors, idioms, and common expressions of native speakers. The purpose is to share a bunch of widely used English phrases that you can start using in your writing to crank it up a notch.

Ah, did you see that?

I just used one of those phrases!

Let’s cut to the chase.

Here are 11 English phrases to sound like a native speaker:

1. For crying out loud

For crying out loud is an expression of anger or surprise, and normally used in both good or bad situations. However, it’s used along with a little bit of explanation of the situation, for instance, for crying out loud, you can’t do anything right.

It’s an idiom that means we need to talk. It’s usually said when something has happened so it’s necessary to have a discussion. Some references tell that it’s used to talk about a grievance, but it’s pretty clear that it’s often used when you’re going to have an argument with someone or need an explanation.

I’m not sure about this, but I think this phrase is quite popular among British speakers as compared to Americans. The reason is that I heard it so many times from British YouTubers. You don’t need to be grammar police to understand this phrase. It’s often used when you’re about to tell something or say something to anyone, and you’re being completely honest with them.

This phrase is often heard in TV series and movies when two persons arguing over something and one of them wants a break from the chaos, he/she says, “I need some space.” Does anyone remember the “Chef” movie? When the restaurant owner comes down to the kitchen to stop Chef Carl from altering the menu for a special night and says, “Carl, I’ve done this before; I can help guide.” Chef Carl says, “I don’t need guidance; I need space.”

It was a great movie; one of the favorites.

This phrase is used when a person is annoyed or irritated with something, for example, if John texts Stacy that he is coming over to her place so that they could leave for School together, but Stacy leaves alone. John confronts her at School and Stacy says that she didn’t see his text. Then, John might say, “Give me a break, check my message; it says ‘seen’ because you had seen it, but you went anyway.”

Be my guest is an expression that is used when a person seems to be convincing the other person, but it doesn’t look like that it’s going to work. So the first guy can say to the other one: “I’ve tried my best to convince you, but if that’s what you want, be my guest.”

Crank it up a notch is usually used when you’re asking or expecting something to level up. This phrase means one needs to raise the bar, for example, if a soccer team wins by 1-0, then the winning team’s coach could say, “Well played, but we need to crank it up a notch in the next game.”

Get off the mark is an expression which is often used in sports when a team or a player gets started scoring, for instance, in Cricket, when a batter takes some time to start making runs and when he finally makes a start with a fantastic shot, the commentator says, “he gets off the mark with a brilliant shot,” which means, he has begun making runs and played a good shot.

9. If it’s any consolation

It’s an expression that means if it helps make things any better. I have never heard of this phrase until a few years ago when I watched the Friends TV Show. Do you remember the episode when Rachel makes trifle? Everyone in the apartment wants to get away with it. So Chandler comes up with an excuse that a bird took it away and threw away on the street, he says, “But if it’s any consolation before the bird dropped it, he seemed to enjoy it.”

Okay. I know it seems like I watch Netflix a lot, but it’s really not the case. Yes, I’ve watched the Friend TV show like 14 times. So here’s another example without the reference from the Friends TV Show, “if it’s any consolation, we didn’t order Pizza until 8 in the evening.”

It’s a metaphor to convey that a person can or can’t replace the other person. It’s widely used in comparison scenarios where the first one has gone or done the job, and the next one is up for the job. Let’s take an example: if a company hires a new manager, the boss might say, “It’s difficult to fill previous manager’s shoes, but if you pay close attention to the process, you can do it.”

“For the love of God” is an idiom that accompanies an urgent request or desire. It’s also used to express surprise or annoyance over something disturbing. Here’s an example: For the love of God, stop playing that guitar.

Are You a Non-native English Speaker?

I’m a non-native English speaker, and it’s nothing to be ashamed of because we can always learn new things.

I’m sure that you can tell one or two common English phrases right off the bat.

We watch TV and films and often hear phrases that native speakers say; it all helps us learn the language.

Look, don’t overthink learning how to write or speak the English language.

Being a non-native English speaker, I have been using the Grammarly tool for grammar and sentence structuring; it has helped me so much. The key to improving your writing through Grammarly is that pay close attention to what Grammarly is correcting in your write-ups and try not to repeat those mistakes.

So I want to ask you something:

Did this blog post help you learn a thing or two about the English language?

Let me know in the comments below. 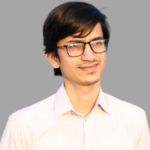 Hassaan Khan is the founder of StartedBlogging.com. He sold handmade notebooks and found his entrepreneurial spirit at the age of 9. Now, his dream is to develop multiple businesses.

Hi, my name is Hassaan Khan. I’m the founder of StartedBlogging. Do you want to be a part of this journey? Awesome! Make sure to join my email list. Don’t hesitate to connect with me on Facebook and Twitter.

I'm building niche websites that make passive income. You can learn that too. Please write down your name and email address below to join my email list and take one step forward.

We use cookies on our website to give you the most relevant experience by remembering your preferences and repeat visits. By clicking “Accept”, you consent to the use of ALL the cookies.
Do not sell my personal information.
Cookie settingsACCEPT
Manage consent

This website uses cookies to improve your experience while you navigate through the website. Out of these, the cookies that are categorized as necessary are stored on your browser as they are essential for the working of basic functionalities of the website. We also use third-party cookies that help us analyze and understand how you use this website. These cookies will be stored in your browser only with your consent. You also have the option to opt-out of these cookies. But opting out of some of these cookies may affect your browsing experience.
Necessary Always Enabled
Necessary cookies are absolutely essential for the website to function properly. This category only includes cookies that ensures basic functionalities and security features of the website. These cookies do not store any personal information.
Non-necessary
Any cookies that may not be particularly necessary for the website to function and is used specifically to collect user personal data via analytics, ads, other embedded contents are termed as non-necessary cookies. It is mandatory to procure user consent prior to running these cookies on your website.
SAVE & ACCEPT