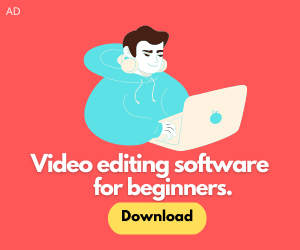 In case, you haven’t had a chance to upload hundreds of videos on YouTube, then don’t worry about it. I’ve got this covered; you’ll get to know what type of YouTube thumbnails get more clicks.

I’ve uploaded over 500 videos across 4 different YouTube channels. So I want to be brutally honest with you about getting more views and clicks on YouTube. One of the things I learned about YouTube in the last four years or so is that you can do every bit of optimization, but you can’t guarantee what video would do better than the other. All you can do is try everything that’s working for you as well as others.

Please be advised that these tips and tricks work for me and many other YouTubers I follow. However, I can’t promise that it would work for you as well. I’m being helpful here by sharing something I’m doing myself.

So let’s get right into the answer to your question.

YouTube can produce default thumbnail suggestions for you when you upload a video. However, it’s recommended to make the most of this opportunity by adding a custom thumbnail. Here are the strategies that make YouTube thumbnails standout:

A clearly identifiable person in the thumbnail gives the creator an edge, especially if the picture is in HD or the person is famous. However, other factors come into play as well: if the picture doesn’t relate to the video title, then it becomes a little unattractive for the audience to click.

Since thousands of videos are being published every second on YouTube, it becomes harder for such videos to dominate. According to Wikipedia, more than 500 hours of video content was being uploaded to YouTube every minute back in 2019.

There is a common thing among these thumbnails: the picture of a person

So try using a clear and prominent picture in your thumbnails so that people find it easier to understand the context of the video. You may see thumbnails with low-quality or blurry pictures that don’t make a difference. Using the best quality pictures in your video thumbnails would do the job.

Have you noticed we tend to click on the YouTube videos with well-designed thumbnails? I can tell you that attractive graphics designs get my attention and I always want to check out the video with such fantastic thumbnails.

You may also come across YouTube channels that design incredible thumbnails, which might be helping them grow. So don’t shy away from trying out beautifully designed thumbnails.

Sometimes, you need to add a few signs on the thumbnail to make a distinction or explain the context of the video. This type of YouTube thumbnails also helps the videos get a lot of clicks.

The science behind this is that those signs send out a message or start a thought-process in the viewers’ minds. Therefore, they become curious about the content and eventually click on the video thumbnail to watch. 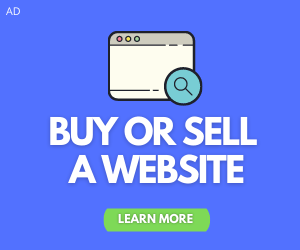 I’ve tried this methodology on YouTube, and it worked for me. While designing the thumbnail, I simply used an arrow and a circle to indicate a road accident, and the video did quite well as compared to other videos on that channel.

It may seem a little sneaky, but it works incredibly well for some YouTube channels. What they do is that they write a description of the video on the thumbnail, and it makes viewers more anxious when they read out the text on the thumbnail.

I’m an admirer of Income School. Take a look at their thumbnail:

Some channels use a whole lot of text while others may not be doubling-down on the thumbnail text. The idea behind text on the thumbnail is that it uncovers the story or the gist of the video, which makes the potential viewers curious to watch the video. Hence, those YouTube channels end up getting more clicks, views, and subscribers.

I’ve shared something that I noticed or tested myself, and the results are quite astonishing. The reason I wrote about YouTube thumbnail is that it’s something the majority of YouTube channels aren’t paying attention to. No wonder they don’t get views on YouTube.

I don’t say that I’m the expert at this, but at least, I’m always tweaking a thing or two on YouTube. Sometimes, things work and sometimes they don’t. As far as YouTube thumbnails are concerned, I’ve noticed that the majority of unsuccessful videos start to perform better after 3 weeks of changing the thumbnail. I’ve done a lot of experiments on YouTube thumbnails, which is why I always tell others to pay close attention to video thumbnails.

You’d even find YouTube experts like Derral Eves and Tim Schmoyer talk about thumbnails all the time.

You’re free to share your thoughts and ideas that are working for you.

Hassaan Khan is the founder of StartedBlogging.com. He sold handmade notebooks and found his entrepreneurial spirit at the age of 9. Now, his dream is to develop multiple businesses.

Hi, my name is Hassaan Khan. I’m the founder of StartedBlogging.com. Do you want to be a part of this journey? Awesome! Make sure to subscribe and connect with me on social media.

Interested in how I make money on this blog?

Let me send a weekly email with a brand new blog post.

Thank you for subscribing.

We respect your privacy and take protecting it seriously.

We use cookies on our website to give you the most relevant experience by remembering your preferences and repeat visits. By clicking “Accept”, you consent to the use of ALL the cookies.
Do not sell my personal information.
Cookie settingsACCEPT
Manage consent

This website uses cookies to improve your experience while you navigate through the website. Out of these, the cookies that are categorized as necessary are stored on your browser as they are essential for the working of basic functionalities of the website. We also use third-party cookies that help us analyze and understand how you use this website. These cookies will be stored in your browser only with your consent. You also have the option to opt-out of these cookies. But opting out of some of these cookies may affect your browsing experience.
Necessary Always Enabled

Any cookies that may not be particularly necessary for the website to function and is used specifically to collect user personal data via analytics, ads, other embedded contents are termed as non-necessary cookies. It is mandatory to procure user consent prior to running these cookies on your website.